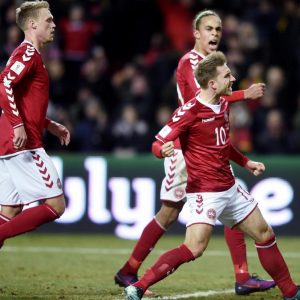 Norway’s current International poor form continued with a defeat away to the Czech Republic in Group C. Early goals in both the first half and second half from Krmencik and Zmrhal for the home side, as they took  charge to earn all three points. 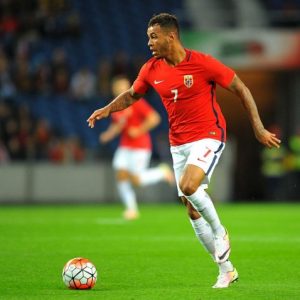 Former Manchester United striker Josh King, now at Premier League side Bournemouth continued his relatively good year on the International scene with his third goal of the calender year. It was just a late consolation though with five mintes to go. It leaves Norway second bottom from four games, with just the one win and three points which was against the team below them San Marino.

In a group with Germany, Northern Ireland and the ever improving Azerbaijan team it was always going to be hard to qualify and that now looks as if it’s going to be even more difficult.

It was always going to be a tough even for Sweden in Paris for there Group A clash with France’s good home record, along with the fact that the capital city and the rest of the country were remember the Paris attacks of a year earlier. This was beutifully remembered before kick off with the minute silence to remember the 130 victims of 13th November last year. 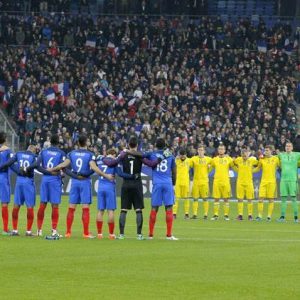 The first half took it’s time to get going and there was no surprise it was all level at half-time. France kept trying to create with Sweden being their usual hard-working selves. Then a Forsberg free-kick ten minutes into the second half stunned the crowd but awoke the French team, in particular Payet who just a few minutes later created a chance for Pogba to head in, before Payet himself took charge to give the French the lead and they held onto the win from there.

That was Sweden’s first loss in qualifying and with it being against the favourites to win the group, it will be hard to take after going in front and then letting it slip straight away. Sweden now sit third behind the French and the Netherlands respectively.

Group E and Denmark bounced back to record just their second win of qualifying by smashing four past Kazakhstan. The away team did try to upset the Danes by eqalising through Suyumbayev just two minutes later to cancel out Cornelius’ opening goal. Tottenham’s Christian Eriksen gave them the lead again from the penalty spot and also got the fourth in injury time, with Ankersen scoring in between. 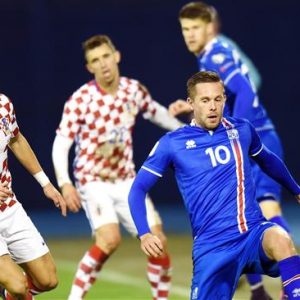 Denmark now sit third and four points behind leaders Poland and still surprising some, Montenegro, who are second and a point above Denmark after beating them last month at home in Copenhagen.

Both the teams in Group I were away from home and both of them lost without scoring. Iceland went down 2-0 in Zagreb to Croatia, whilst Finland were in Odessa and lost 1-0 to the Ukraine. Things are looking tough now for Finland with just the one point, but Iceland are going okay still and are still in the hunt for their first ever World Cup qualification. Both Croatia and Ukraine will have something to say about that though.