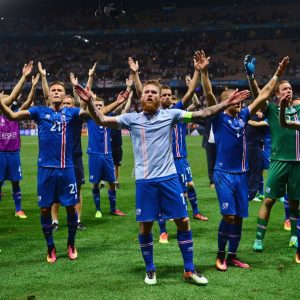 There is no question that Iceland’s remarkable Euro 2016 story will benefit the country for many years to come, with the success of reaching the quarter finals against all expectations likely to inspire a generation. Following in their footsteps will become a burning ambition for many young people across Iceland, with the current stars proving that anything can be achieved with the right application, attitude and determination.

Beating England will live long in the memory, and although France proved to be too strong, the players returned home as national heroes. Their performances at Euro 2016 will have put many of them in the shop window for a potential big-money move, with the Premier League potentially offering the next step for those who made a big impression. Man City are the bookies’ favourite to triumph in 2016/2017, but although Coral believe all eyes will be on Pep Guardiola’s team, Iceland fans will have their own international stars to follow this season.

Iceland are blessed to have a player of Gylfi Sigurdsson’s ability at their disposal, with the 26-year- old becoming an integral player for club and country. The skilful midfielder has become an instant fans’ favourite at Swansea following a series of fantastic performances, with Sigurdsson earning a reputation of one of the finest set-piece takers in the Premier League. Eleven goals in thirty-six appearances for the Swans last season is a fantastic return, with Sigurdsson also scoring the opening goal against Hungary from the penalty spot to keep Iceland’s hope of qualifying from Group G alive.

Keeping Sigurdsson at the Liberty Stadium could prove to be Swansea’s best piece of business this summer, with Everton showing strong interest in making a big-money move for the creative midfielder. Ronald Koeman has his eyes set on the Iceland star, but although Sigurdsson has recently signed a new four-year contract with Swansea, anything is possible in football. Everton have the financial muscle to spend big following the arrival of major investor Farhad Moshiri, but it remains to be seen whether they will continue to pursue a deal for Sigurdsson who appears happy to stay at Swansea.

It is difficult to find many positives from Charlton’s disastrous season, with numerous fan protests and poor performances on the pitch resulting in the club dropping down to the third tier of English football. However, Johann Berg Gudmusson performed admirably throughout the turmoil and put in a number of impressive performances, and although his efforts proved to be in vain, the midfielder was always likely to attract interest from elsewhere. 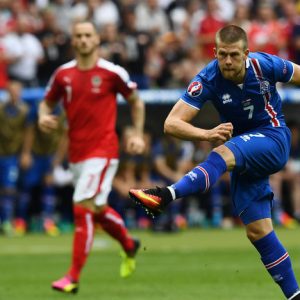 Performing well for Iceland this summer further increased the number of clubs who wanted to sign Gudmunsson, with newly-promoted Premier League side Burnley winning the race to acquire the midfielder for just £2.5 million. He arrived at Turf Moor alongside former Charlton team-mate Nick Pope, with Sean Dyche pleased to have signed Gudmunsson who can add extra quality and endeavour on either wing.

The Iceland star will face his international team-mate Gylfi Sigurdsson on the opening day of the 2016/2017 season, but if Swansea prevails as expected by Coral, Gudmunsson could face an uphill task in his efforts to keep Burnley in the top flight. Many were surprised when Gudmunsson left AZ Alkmaar to join a Championship club, but moving to the Premier League could give the midfielder the chance he has been waiting for to shine.

Impressing at a major tournament has proven to be the gateway for players to make a career-changing move to one of the major leagues across Europe, with Ragnar Sigurdsson standing out as an excellent centre-back who deserves an opportunity to play at a higher level. 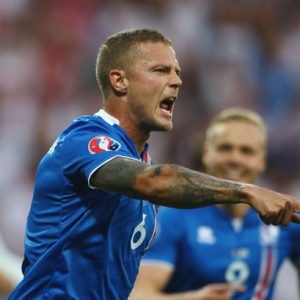 The 30-year- old defender currently plies his trade at Russian Premier League side FC Krasnodar following spells with Fylkir, IFK Gothenburg and FC Copenhagen, with Sigurdsson enjoying success during his time in Sweden and Denmark. He has remained an integral part of Iceland’s squad since he won his first cap in 2007, with his fantastic performance against England sparking interest from Premier League sides Tottenham and Leicester.

Joining either would represent a remarkable rise to prominence for Sigurdsson, with Leicester entering the upcoming season as defending champions, while both teams will participate in this year’s Champions League group stages. It remains to be seen whether their interest turns into a formal offer during the last month of the summer transfer window, but Sigurdsson is one of many who has proven that Iceland have more quality players than people originallygave the country credit for.