Home / Sweden / Swedes are not happy 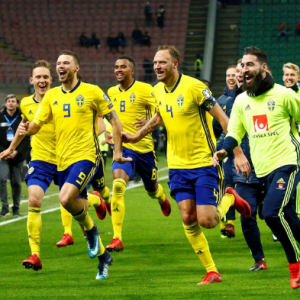 They are absolutely ecstatic. That’s right, Sweden last night qualified for the World Cup in Russia next summer. The first time they have reach the finals since the Germany World Cup in 2006 and they couldn’t be happier after overcoming four-time World Champions Italy over two-legs.

Coming into the first-leg last week the Italians were the only team to have won the World Cup that hadn’t booked their place in Russia. Thankfully for Sweden it stayed like that after two fantastic defensively performances over 180 minutes. It means Italy have failed to reach the World Cup for the first time since ironically the finals were held in Sweden way back in 1958.

The first-leg was a tight affair but Belotti should have scored early doors for the Italians after a great run and cross from Manchester United’s full back Darmian. However his close range header was brilliantly saved by Robin Olsen. A few half chances came for both teams but were very limited, Jakob Johansson then scored after his deflected shot sent Gianlugi Buffon the wrong way. Darmian nearly got an equaliser late on though when his long-range shot whacked back off the post. 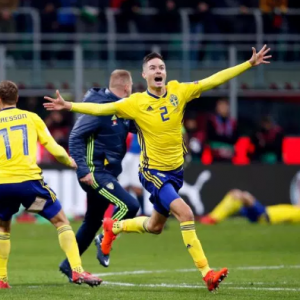 As for last night’s game, Sweden were very rarely threatened again even though Italy dominated the game possession wise. Chances were few and far between as Sweden defended brilliantly. The closest chances for Italy came from Ciro Immobile and Stephan El Shaarawy whose efforts were saved well by Olsen. Which meant Sweden held on to get a fantastic 0-0 draw and of course qualification overall to send the travelling fans in the ground and all those back home over the moon.

As for Italy, it’s comes as a major shock to their nation and rightfully their manager Giampiero Ventura resigned straight after. I expect a few of the ageing players to resign in the coming weeks along with the outgoing legend goalkeeper of 175 caps Gianlugi Buffon.

“I’m not sorry for myself but all of Italian football. We failed at something which also means something on a social level. There’s regret at finishing like that, not because time passes.” Gianluigi Buffon 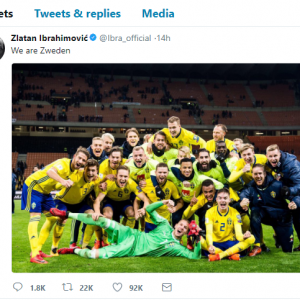