Home / General / Football in the Faroes 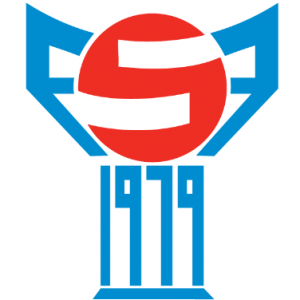 Before 1990, I’d never even heard of the Faroe Islands. What put them on the map for me was their initiation into international soccer. They played Austria in a European qualifier that year, their first competitive game. The game was played in Sweden as there were no grass pitches in the Faroes. Improbably, the Faroes won 1-0. And their goalkeeper wore a bobble cap. They followed that up with a 1-1 draw against Northern Ireland in Belfast a month later. There was obviously something a little bit special about the team.

Even then I was still a little hazy about where exactly on the map this tiny archipelago was. But from then on I, like many others started looking out for their results, hoping for another giant-killing upset like that historic day in Landskrona. And there have been a few over the years.

It’s appropriate that it was soccer that first brought this tiny nation – a part of the Kingdom of Denmark – to the attention of the outside world. By all accounts, the 50,000 or so inhabitants of this country – almost wholly dependent on fishing for their livelihoods – are crazy about the game.

Improbably, there is a fully functioning league on this little dot in the North Atlantic, with the best teams participating in the qualifying rounds of the Champions League and Europa League every year.

The Premier division – known as the Betri Deildin Menn in 2018 for sponsorship reasons – has 10 teams with promotion and relegation to the First Division, the 1. Deildin. That means that virtually every town and settlement in the country is represented. What is truly surprising is the fact that the league has been going for over 75 years (Teams have participated in Europe since 1992). There is a very strong sporting heritage here, and plenty of local rivalries bring a little extra spice to the fixture lists. 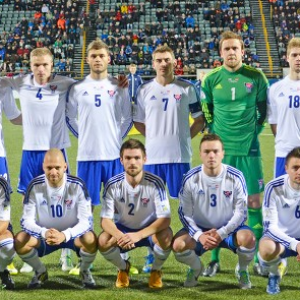 Historically, HB are the most successful team in the country. They are the arguably the Manchester United or Real Madrid of the Faroes having won the title no less than 22 times. But they don’t have it all their own way, there is plenty of competition around. Vikingur Gota are the defending champions, and they will be challenged in 2018 by teams like KI Klaksvik, the second most successful team in the country with 17 league titles, B36 Torshavn, NSI Runavik and EB/Streymur.

Judging by the highlights videos that are available on YouTube, the standard of play is actually pretty decent. The game is played at a fast pace and the ball is moved around a lot on the ground. This is helped by the fact that all the clubs seem to play on artificial surfaces. It’s also probably the only way to control the ball given the gale force winds that are prevalent in those parts. Wind assisted goals from all angles seem par for the course and goalkeepers have developed pretty nimble reflexes to cope.

The league is of course part time given the small population and most of the players in the national team hail from local clubs or teams in Denmark, Iceland or Norway. That said, is there any chance that the Faroes Islands could become the next Iceland and make an impact on the international stage?

They’ve already shown from the outset that they are not in the qualifiers to make up the numbers. Just ask the Austrians. More recently, in the group stages for the 2016 European Championships they finished ahead of last placed Greece, having beaten the 2004 champions home and away. They did even better in the last World Cup qualifying campaign, the finishing in 4th place on 9 points, behind Portugal, Switzerland and Hungary. But can they ever hope to emulate their Icelandic neighbours and actually qualify for a tournament?

The first challenge for them is their population is one that they have no control over. As small as Iceland is with 350,000 inhabitants, that is still 7 times the population of the Faroes. There are a number of Faroese in Denmark, Norway and Iceland though, so that broadens the pool of talent that national team manager Lars Olsen, a Dane, can choose from. The country has even had a player in the English premiership – former Manchester City goalkeeper Gunnar Nielsen. He currently plies his trade at FH in Iceland. 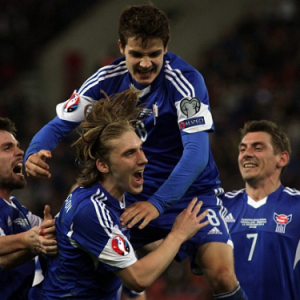 The next challenge is of course climate. Due to its northerly latitude, conditions are far from ideal for playing all year round. The lack of natural grass surfaces is testament to that. Iceland have addressed similar challenges by constructing indoor venues where players can train during the winter. Heated domes over full size pitches are or course expensive but given the popularity of the sport in the islands, it must be presumed that they can make the economics work.

If more Faroese players can make a mark for themselves abroad, it will further increase interest from clubs in Europe and make encourage more Faroese to aim to play at a higher standard around the continent. That would help the national team. Some players will inevitably return home at some point, and their experience might also help domestic clubs make progress in European competition.

Regardless, the standard of football is already showing clear improvement based on the standard of the domestic league and results at international level. The Faroe Islands continues to capture the imagination of soccer fans around the world.

And they are no longer known just for their football team (or their bobble hat-wearing goalkeepers). The Faroe Islands was voted as the number 1 destination in the world by readers of the National Geographic magazine in 2015, and sees a growing number of tourists every year.

Will the Faroes ever do another Iceland? Who knows? But the word is out about this amazing country, which as the photos below show is one of the most scenic places in the world. It’s certainly becoming a lot easier to find on the map.

For up to date information on fixtures, league tables and top scores in the Faroese league, check out www.faroesoccer.com (Faroese language only).

Thanks to Tom Cremins at onefanandhisblog for this article