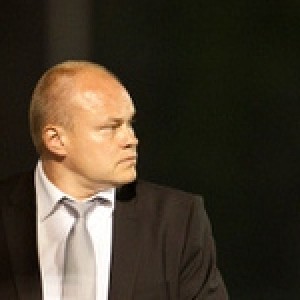 After half a decade spent going through the motions and hoping for a miracle with quick fix coaching appointments, the Finnish Football Association finally took the inevitable leap of faith in 2011 and set forth on a long-term project with the national team. The first step was taken in March with the appointment of Mixu Paatelainen as head coach in place of the largely unpopular and unsuccessful Stuart Baxter. This was a bold move, but bravery is always needed when striving to cast off reactionary tendencies and pave the way for the future.

The former Kilmarnock and TPS coach signed a five-year contract with an official goal of reaching the 2016 European Championships. Regardless of whether this objective is achieved or not, the actual significance of Paatelainen’s tenure is assessed in an even longer time span. The first task for the new coach has been to reconstruct a new tactical strategy and rejuvenate the squad not only in terms of age structure but with regards to the overall mentality as well. Paatelainen, therefore, ultimately took charge of laying out a sustainable structure for the development of the national team, and in order for Finland to have any chance of achieving the historical qualification in four years’ time (Finland have never featured in a major tournament), the development process needs to be balanced and meticulously planned.

The early signs are encouraging. Paatelainen was never known for his pace when spearheading Finland attacks as a bulldozing centre-forward in the 90s, but the 45-year-old has been quick to lay the structural groundwork off it. He has instilled a new, progressive tactical strategy and tried out and got to know a host of new (and old) players, which is something few of his predecessors could be bothered to do properly. The first phase of the Paatelainen revolution has been about theory and its gradual implementation while the results have been of purely secondary interest. The second phase, the 2014 World Cup campaign kicking off next autumn, will concentrate on fine-tuning the established system to uncover more intricate details on how it functions against different playing styles and tactical approaches. Finland had the misfortune to be drawn in the toughest group in the whole draw (featuring Spain, France, Belarus and Georgia), but the silver lining is that the group offers a perfect tactical lesson as each team play a different brand of football. Then when the Euro 2016 campaign starts, the strategic platform should be set and the efforts to claim the actual cake by going for the results, and the results only, can begin. Now at the start of 2012, the curtain is effectively drawn on the first phase of the project and it is time to look at the implications of Paatelainen’s start as Finland coach.

Tactical evolution: Finland are a team once more

Just by looking at the results, the 2012 European Championship qualifiers were an utter disaster. Finland finished the campaign with a dreadful total of ten points from ten matches, slumping to fourth behind Holland, Sweden and Hungary (recording only one draw against the top three; a drab 0-0 in Budapest in the final round). The blame for the Euro 2012 debacle lands mostly on the porch of Baxter who was still the coach during Finland’s horrific start to the campaign: 0-2 defeat in Moldova (the worst Finland performance I’ve ever witnessed) and subsequent 1-2 defeats in Holland and at home to Hungary. These results give some perspective on the magnitude of Paatelainen’s task; he inherited an aged squad that were in a state of tactical confusion and that had ascribed to a loosing mentality. As a result, the rest of the campaign was always going to be a transition period for the team in the guidance of a new coaching staff (with assistants Markku Kanerva and Sami Hyypiä). And it is particularly in this respect that the first months of the Paatelainen era have been a success.

Although Baxter always wanted to flag himself as a football modernist, with his application of a 4-2-3-1 formation and all his talk of attacking football (and of rubbing shoulders with Arsene Wenger), it is Paatelainen who has brought Finland into the 21st century on the pitch. Paatelainen made ‘the Christmas tree’ (4-3-2-1) the primary formation, and the tactical choice, with its actual interpretation on the pitch, has proven to be a progressive one. By selecting a system that fits the players, creating a consistent style where each player has a clearly defined role and by putting a lot of effort into practising various attacking combinations, the new coach has introduced a vital sense of balance and comprehensiveness into the playing. The new tactics and new-found focus have shown in a more fluid collective movement, more proactive passing game and more effective transition play (always one of Baxter’s favourite talking points, which just never really translated onto the pitch). There is also an apparent belief amongst the players in the system and, as a result, the team’s collective potential. Finland may have lost to Holland and Sweden at home, but in both matches the team showed they can do a lot more than just sit back and take a beating. All this demonstrates that the players have bought into the new methods and style of management. And no wonder! After Baxter’s cold shoulder treatment, Paatelainen’s arm-round-the-shoulder, hands-on mentality, combined with tactical sensibility, must feel liberating for the players.

While the new tactical approach has been an evident point of development, the most notable changes have taken place in the personnel. The likes of Roman Eremenko (Rubin Kazan), Niklas Moisander (AZ Alkmaar) and Kasper Hämäläinen (Djurgårdens IF), who all already featured in Baxter’s team, are now deservedly the first names on the squad sheet. And although the old hands such as Mikael Forssell (Leeds), Petri Pasanen (Red Bull Salzburg) and Mika Väyrynen (Leeds) are still knocking about, it’s the new players who have taken centre stage as Teemu Pukki (Schalke; attacker; born 1990), Alexander Ring (Borussian Mönchengladbach; midfielder; ‘91), Jukka Raitala (Osasuna; full-back; ‘88) and Joona Toivio (Djurgårdens IF; centre-back; ‘88) have all become starting players.

Especially Pukki and Ring represent the type of footballers who can put Paatelainen’s strategy into action. Pukki has great skill on the ball, quick feet in tight spaces and the ability to try something different, while Ring combines a tremendous work ethic with dynamism, skill and drive. The emergence of new players shows that the new coach is not afraid to put his trust in raw talent (after all, Ring had played only a couple of dozen Finnish league matches when making himself a regular feature), which is a fundamental departure from the selection policy that has been the norm for the best part of a decade in the national team.

The introduction of young players may be the most self-evident shift away from the old regime, but the new selection mentality is perhaps represented best in the fate of two well-known players: Perparim Hetemaj (Chievo Verona) and Jari Litmanen (HJK). One of Paatelainen’s first decisions when taking over was to give Hetemaj (who always remained unwanted by Baxter) a big role in his plans. Litmanen, on the other hand, has not been called-up. This decision has raised much debate, like all decisions regarding the most loved Finnish player do, but Paatelainen is right in his judgement to leave the Ajax legend out. First of all, even if Litmanen can still provide the odd flash of pure genius, his pedestrian style of play is not suited to Finland’s dynamic approach. Secondly, the 40-year-old doesn’t fit into the Euro 2016 project that favours players who can still play a role in four year’s time. And thirdly, Litmanen was simply unfit to be included as he started only two matches for HJK in 2011. These two decisions have sent a clear signal through the echelons of Finnish football: past is history, the present and future are all that matter. If you are to cut a credible figure as coach, the least you must do is to practise what you preach, and Paatelainen has done exactly that.

The new coach, like his team, is not a finished article but remains a student of the game. Throughout his career on and off the pitch Paatelainen has demonstrated an ability and, equally importantly, a desire to learn and improve himself. The former Bolton and Hibernian striker’s journey from being a player-coach at St. Johnston, to the managerial seat at Cowdenbeath (then a Scottish third division side) to be awarded the SPL manager of the year award at Kilmarnock for the 2010-11 season (despite quitting mid-term to take the Finland job) is testament to this. Paatelainen has brought in plenty of fresh tactical ideas and instilled a feeling of unity in the national team. To put it in the clearest possible terms, the football Finland play simply makes sense now as you are not only able to gather an impression what they aim to do on the pitch but also how they aim to do it. This is already more the Baxter ever achieved during his two-year reign.